After a restful night we wanted to start our day early enough to get one of the big sites seen before everyone got there - the Tower of London.  Here's the tower as you're walking from paying your £15.

This is the White Tower, originally started by William the Conqueror in 1066.

Inside the White Tower is this main room, huge and old.

The famous painting of Henry VIII

And another famous painting of Charles I, who was executed for high treason under Oliver Cromwell.

Inside another tower, which was used as a prison, was this graffiti carved over the centuries.

A view through the arrow/musket holes

The Tower was fascinating, and we spent more than 3 hours going through it.  We saw the Crown Jewels as soon as we got there, knowing a line would form later.  Sure enough, while we were able to walk right in, by the time we left that exhibit the line was out the door.  Of course, no pictures.  We also had a guided tour of the Chapel where Henry VIII is buried, with a couple of wives, and more than 1500 other people.  There's more pictures to see later...

After the Tower we walked over to Tower Bridge, and over it.  We then went along the south bank to London Bridge, then back over to St. Paul's.

The HMS Belfast, the Royal Navy's heaviest-ever cruiser.  It's a museum now.

Another view of the Tower of London.

Along the way to the Underground to get to St. Paul's, we walked by The Monument by Christopher Wren, which commemorates the Fire of 1666 which burned much of London and killed thousands.

The front of St. Paul's:

St. Paul's Cathedral was a stunning place, in architecture, splendor, and in meaning.  We got there at 3, and the final entrance is at 4.  We walked around in awe, and ended up sitting for a while to just let it soak in.  Although you're not supposed to take pictures, this site has someone's photos which are excellent.  As we walked around the high altar, we came around the back of it, in the Apse, and found this enscription on the floor: "To The American Dead Of The Second World War From The People Of Britain"  Right behind the high altar is the American Memorial Chapel, with a book with the names of 28,000 Americans who gave their lives defending Britain.  Brings tears to my eyes, I don't know about you. Below I'm going to link to a couple of those pictures off-site: 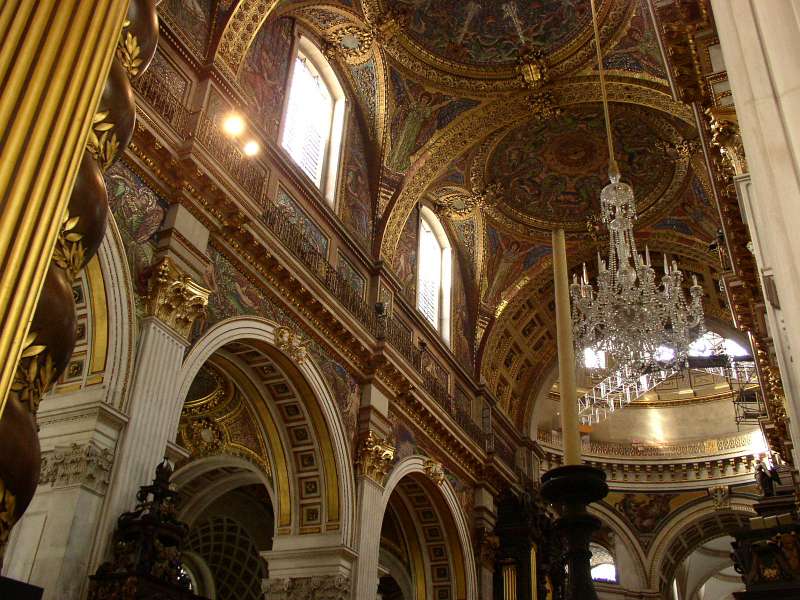 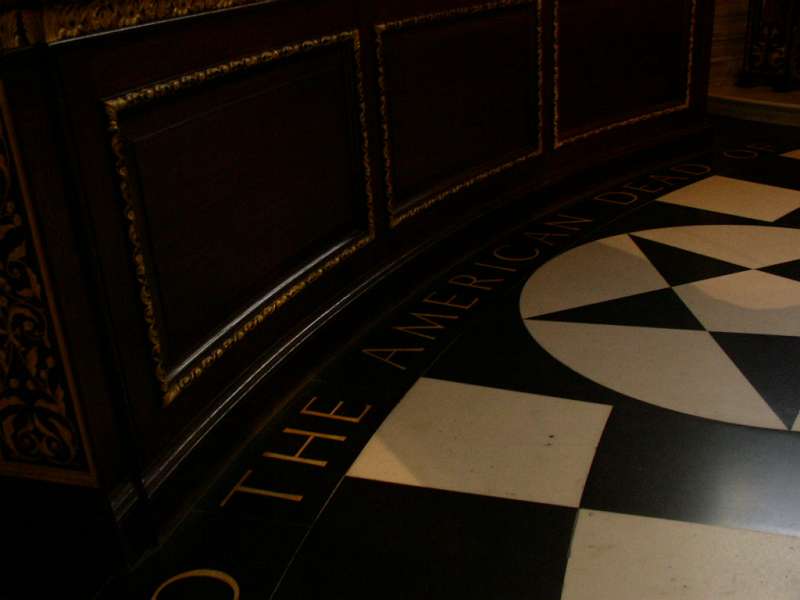 We heard there was an Evensong service at 5, and we decided to stay for it.  Much to our delight, some of us were allowed to sit in the Quire, between the Choir and the High Altar, rather than out in the nave or under the dome.  It was quite serene and inspiring.  Afterward we left by the Nave entrance, and here's what that looks like. You really can't get it all in without a wide-angle lens.

Then we went back to the hotel, dropped off some stuff, and went back out for dinner.  On the way we got out at Hyde Park and I got this shot of Wellington Arch, which is much more massive than it looks here.

We had dinner at L'Autre, a small Polish-Mexican restaurant in the high-rent district.  It was fantastic food and not high-rent prices.  The nachos and borscht were stunning.  Yes, I said Nachos.

That was it - Sunday we're back home.